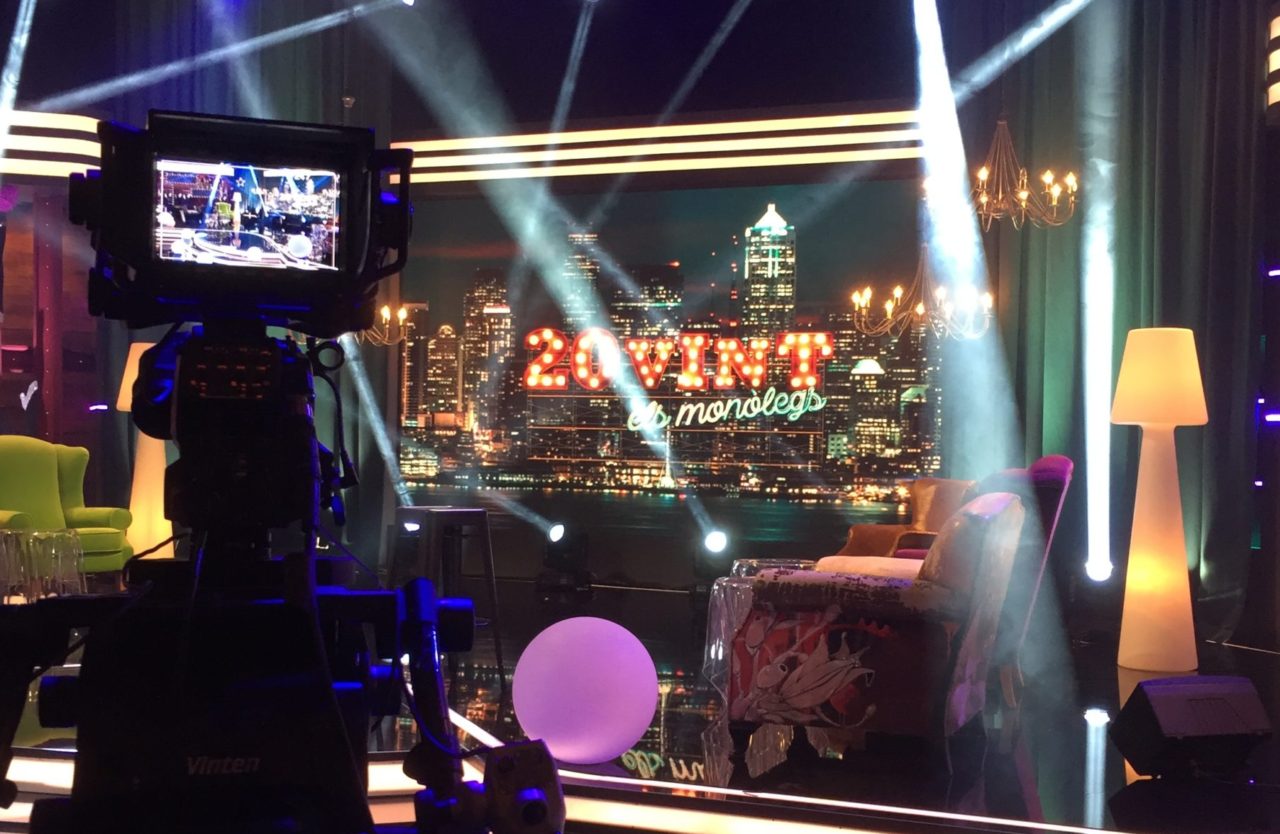 The filming of the monologue show 20Vint, which Visiona TV was forced to suspend due to the confinement of the COVID-19 pandemic, is over. During the 13 programs have passed about thirty comics of all styles and tastes. New talent has been discovered and performances by established figures from the national comedy scene have been enjoyed. The result of all this work can be seen from September onwards on Televisión Española, specifically in the Catalan language version of La 2.